I knew my victims' worth from their looks - Evans 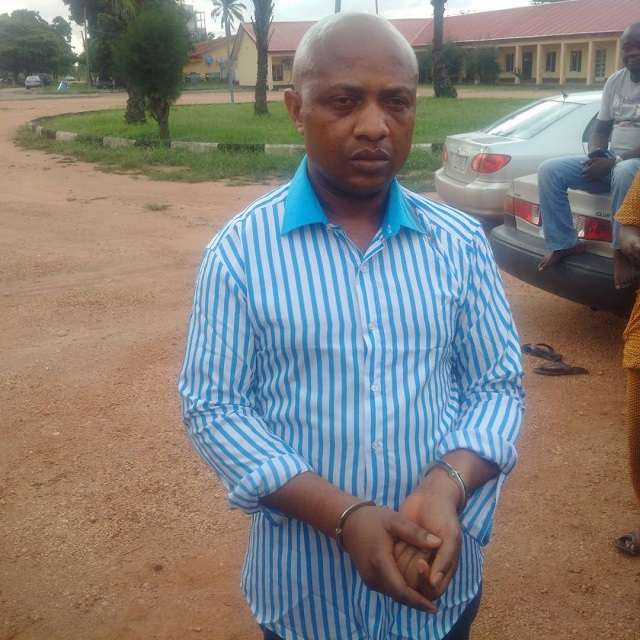 Suspected kidnap kingpin, Chukwudimeme Onwuamadike popularly known as Evans has revealed that he knows his victims' worth from their looks.

In a video played at the trial of Evans on Friday January 10, alongside Uche Amadi, Ogechi Uchechukwu, Chilaka Ifeanyi, Okwuchukwu Nwachukwu and Victor Aduba over the alleged kidnap of Donatus Dunu, chief executive officer of Maydon Pharmaceutical Ltd, the billionaire kidnapper shared details of his victims who paid ransoms in six-figures and in foreign currencies.

You will also like: Fires razes over 400 shops in Anambra

Testifying in court before the video was played, the state prosecutor Idowu Haruna narrated how Evans spent the ransoms he allegedly received from his victims.

“The investigation carried out revealed that the ransoms collected by the first defendant was used in purchasing a house at Fred Shoboyede Road, Magodo, where he was arrested.

“He purchased a second house at Emmanuel Keshi St., Magodo and another property in Accra, Ghana.

“He used part of the ransom to establish himself in the haulage business and some of the trucks he bought with the ransoms were recovered by police. He also bought some landed property in Anambra state. “

You will also like: Leave Buhari out of Shehu Sani’s arrest – EFCC

When asked how he knew those to kidnap in the video played in the courtroom during the cross-examination of Idowu Haruna by Emmanuel Ochai, the defence counsel to Victor Aduba who is one of the co-defendants, Evans said "when you see someone that has money you will know”. He also revealed that he knew his victim's will sell their properties to secure their release.

Evans who disclosed that Aduba, a dismissed army officer accompanied him during kidnap operations, however said he did not participate in the kidnap of Dunu in the video.

Continue from source below